Laneras is a DisCO LAB working with merino wool in the region of Extremadura in western Spain. Recuperating ancient wool-gathering and weaving practices, Laneras is open-sourcing endangered knowledge and educating commoners on the machinery, tools and special aspects of truly sustainable fiber and clothing. 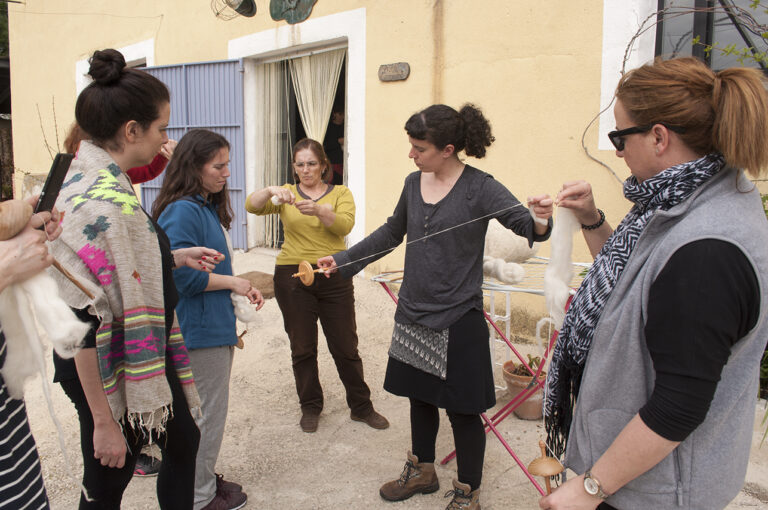 The western Spanish region of Extremadura is the paradigmatic “civic desert”. With one of the lowest population densities in the country, Extremadura averages 26 inhabitants per km², with half of the territory holding around 10 inhabitants/km². The region is mostly rural, with only 29% residing in towns of over 50,000 inhabitants, and 52.3% of its territory composed of towns with fewer than 2000 inhabitants. A victim of fascist purges during the Spanish Civil War, it has some of the largest land ownership inequalities, the second-highest unemployment rate, and the second lowest GDP per capita (1.7%) in the country. Extremadura has a strong and long-standing cooperative sector, but one that is mainly centered on agrarian activity, quite disconnected from the digital economy and related advances in cooperative practices.

Care work is closely tied to Laneras’ own origins, worldview and development. Their project is ecofeminist in nature, prioritizing care towards oneself, others and the environment. Community support networks are essential to their mission, and the relationships that members form are strongly grounded in trust, mutual support and interdependence.